"On the weekend of August 15th, 1969 an estimated 500,000 people from all over America descended on the 600-acre dairy farm of Max Yasgur, in Bethel, New York, for a three-day concert, the Woodstock Music and Art Fair. On Monday, August 18th, they all melted back into America after witnessing legendary performances by, among others, the Who, Santana, Janis Joplin, Creedence Clearwater Revival, Joe Cocker, Sly and the Family Stone, Jimi Hendrix and, in only their second live show together, Crosby, Stills, Nash and Young. Despite delays, the danger of electrical shocks and general backstage anarchy, Woodstock pulled off the ultimate magic act of the 1960's: turning utter rain-soaked chaos into the greatest rock festival ever and the decade's most famous and successful experiment in peace and community." © 2004 Rolling Stone 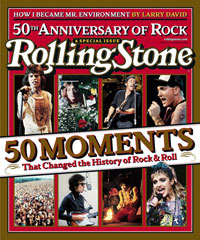 This website is the personal story of rock music writer & producer Artie Kornfeld (who along with Mike Lang) created the legendary Woodstock Music & Art Fair from an idea that came at 2am in the morning after a bumper pool game and a few joints! "Never did I think that what started as an idealistic conversation among friends would become part of history" and what Rolling Stone magazine describes as one of the top moments 'That Changed the History of Rock & Roll'. 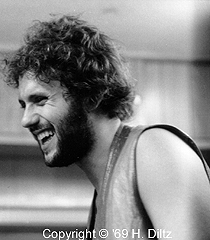 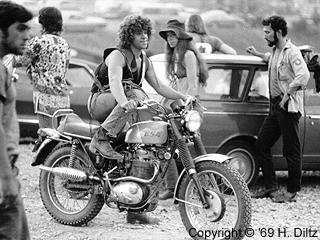 A personal note to you from Artie Kornfeld,
co-creator and promoter of Woodstock '69:

"This new Woodstock website is a bonus to you designed as the behind the scenes story of the creation of the greatest event in pop culture . This is the missing part of the whole Woodstock '69 story. The diamond amongst all of the other thoughts written by authors that had no insight into the real story ...and clearly little, or no part in its creation. Please support my efforts to make this website preview available for you on the internet... "The fences are down and the concert is free; and in the Spirit of Woodstock some of the memories of those events are given here are for your personal enjoyment."

Read on the following pages the detailed story of the perfect coincidences that lead to the largest peaceful event in the history of Rock & Roll. Just some of the incredible, memorable little stories that first shaped the musical career of songwriter, producer and record company executive Artie Kornfeld as remembered & detailed in this website by Victor Kahn; his first graphic artist, current Woodstock book cover designer and personal friend for over 40 years!

The song playing in the background is "America" performed
at Woodstock by Bert Sommer ...the first & only standing ovation
of the entire Woodstock music festival!