'A coming together of the forces of Fate & Good Luck'.
Hector Morales was an old friend from the William Morris Agency. He had also hung out with Michael as part of his inner circle. Somehow Hector managed to get his friend Sly Stone to say OK and be the first act booked for the Festival. After Sly said he'd play, all of his friends who were successful said they would do it also. Then out of nowhere, Michael called me and said  "Artie, we got Jimi. We got Hendrix and he's agreed to play!" Jimi and I went on to become friends, but that’s another story for the new book... Bill Graham then came in with his package of West Coast acts including the Jefferson Airplane and the Grateful Dead. Artists, Managers & Agents were all calling like crazy. All of a sudden we realized this could happen and that it was going to be big... it immediately became of major importance to lock up the concert site!

It was never planned for the actual little town of Woodstock, N.Y. It was first scheduled for Wallkill, N.Y. At this point I found out that we really didn't have the Wallkill site secured. This was after spending promotional dollars and putting up all the grading and set up the piping and stuff. Everything except for the stage which was the last thing to put up. It was simply conservative politics; the Wallkill City Council at the Town meeting needed to approve the event and suddenly on July 15, 1969 just a month before the Festival "We lost the site". 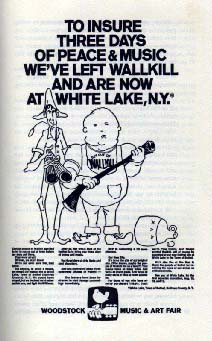 Fortunately for us, by coincidence, my cousin Lenore had a neighbor who was Max Yasgur's nephew. I told her to give him our number and he talked with Michael and me. He told us that his uncle had a site, a piece of land in Bethel, NY at White Lake (and about 50 miles from Woodstock). His uncle was going to lose the farm. He'd been a dairy farmer, and if he didn't come up with $60,000 he was going to lose everything. His uncle had enough power in the community that he thought he could get everything through the Town Council. Michael flew up the next day and negotiated the deal. "We were on again"! 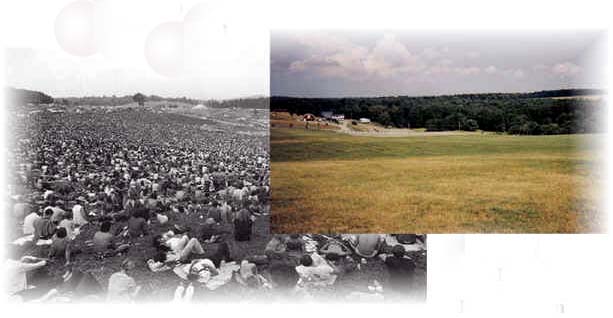 Well it wasn't easy... all the promotion and ads that I had done needed to be redone and everyone connected with the Festival had to be contacted and reassured that everything was fine. Michael's group had to start over and relocate the entire concert site. I'm still amazed that we pulled off this last minute change! 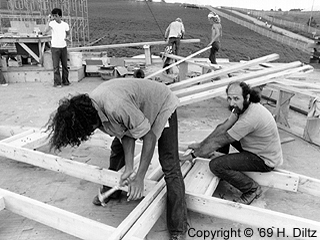 Everything on Michael's production side was accomplished and when the choice came to spend time putting up cyclone fences so we would have a gate, or build the stage lighting & sound that would keep people in the right frame of mind, he made the right choice. Woodstock became a free concert long before the rest of the world recognized it as one! 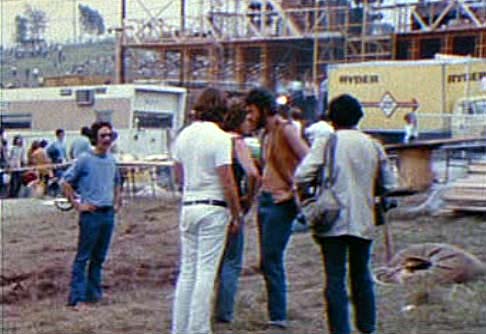